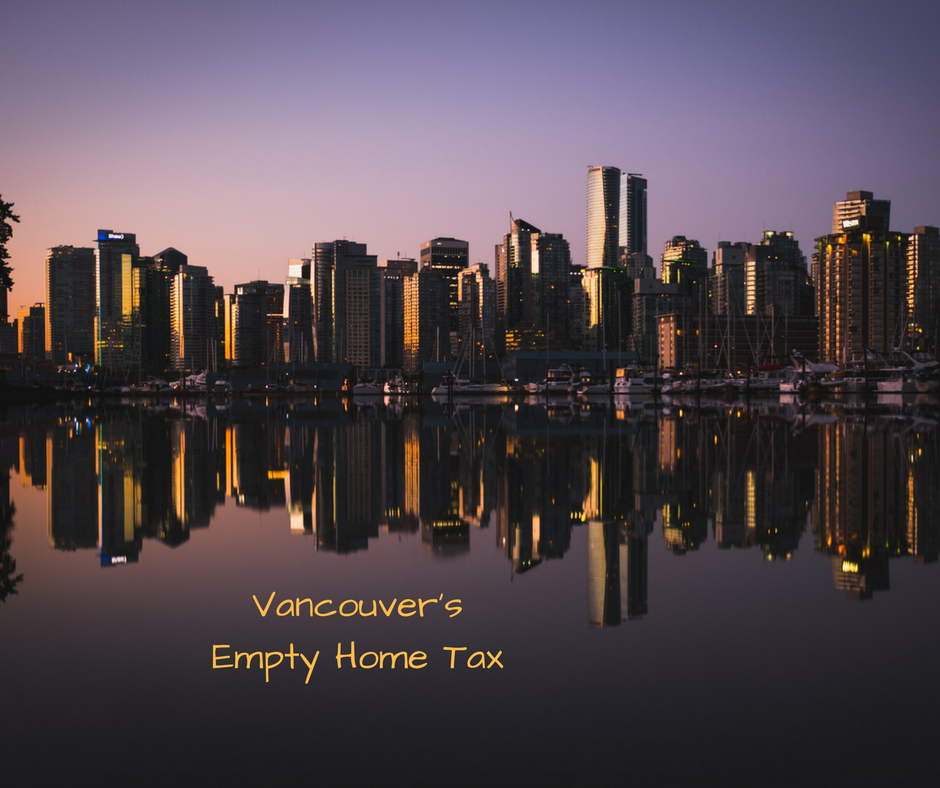 According to the 2016 census, there are 25,502 unoccupied or empty homes in the City of Vancouver, while the rental vacancy rate is less than one per cent. Part of the empty-home issue is a result of speculative buying. Many neighbourhoods in the City of Vancouver are being affected and transformed by it.  For example, according to the census, Coal Harbour is one of the most affected areas in the city with 22.2 per cent empty homes.

In November 2016, the City decided to tackle the problem and approved the Empty Home Tax, which comes into effect in less than 10 days on February 2.  The goal of this tax is to force owners to put in the long-term rental markets those homes to avoid paying the tax and increase the extremely low rental vacancy rate, which was 0.9 per cent during 2017.

If you own a home in the City of Vancouver, regardless if it is occupied or not, you have to submit your 2017 Empty Homes Tax declaration to determine if your property is subject to the Empty Home Tax.

Property owners who don’t declare by February 2, 2018 will have their property declared vacant, will be fined $250 and will have to pay the tax at a rate of one percent of the property’s assessed taxable value. The declaration can be submitted online.

What properties are not subject to the tax?

As of last week, 62 per cent, or 116,000 property owners had made their declarations. The city says it will release the number of declared vacant properties later this year. The tax is due by April 16, 2018. Owners who make false declarations will face fines up to $10,000 a day, not including the tax.

Could the Empty Home Tax be replicated on the North Shore?

According to the North Shore Community Resources’ Community Housing Action Committee numbers are significant enough to indicate there is an empty home issue in the three municipalities. A hurdle that needs to be taken into consideration is that under current provincial law only the City of Vancouver has the legal authority to create an empty home tax. Municipalities will need to lobby the provincial government to amend the law and allow them to create such tax. However, I do believe there is a high chance that every city council in our area is taking a wait-and-see approach to the City of Vancouver’s initiative

.Are you thinking of selling or buying your home on the North Shore? I’d love to talk about the opportunities in our local real estate market. Contact me here.