Is debt keeping you from becoming a homeowner? 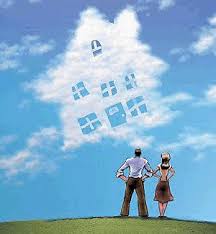 A friend of mine shared with me a conversation she had with a group of friends a few weeks back. She explained all of them are working professionals, married with at least one young child, living in the North Shore. “We were having brunch and everyone in the table said they were looking to move to other cities (either in B.C. or Canada) because they can’t get into the real estate market,” my friend said.

Unfortunately, I hear the frustration from buyers all the time. It isn’t a secret that the lack of affordability is keeping a lot of people from getting into the real estate market, especially in our region. But sometimes there is something else going on that keeps people from even considering getting into the market because they assume they can’t.

Today I want to talk about the people that dismiss the dream of homeownership because they believe their debt (many times credit card debt or student loans) won’t allow them to do so. According to a report published end of 2016 by TransUnion, the credit monitoring agency, the typical Canadian now owes $21,686 – a figure that doesn’t include mortgages. In British Columbia, the average is a little higher: $23,363. It isn’t strange people write off their dream of homeownership because they don’t think there is a pathway for them.  So how do you regain control of your financial life and with that, the possibility of becoming a homeowner?


Vancouver is one of the most expensive cities in North America and it is easy to believe the lack of affordability might keep you from becoming a homeowner. It might not be easy to get into the market, but it can be done if you put all your ducks in a row and plan for it. If you want to talk about other strategies to become a homeowner, contact me. I will be happy to go over your options.